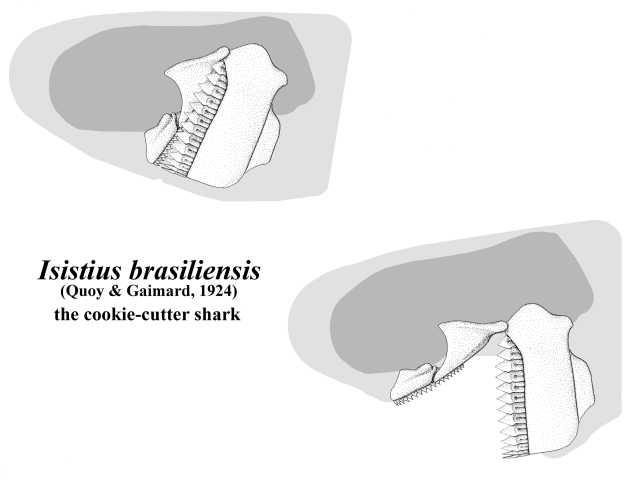 I produced this image above intended to eventually add it to my growing list of “Incredulous Teeth” series of posts, but never fully finished that. The impetus faltered and relative brevity of research on the anatomy of the taxon hampered the hunt for something substantive on the functional use of the jaws. The descriptions and evidence of its passing, however, is rather well-documented, as Ed Yong notes in the link, and it can be gruesome (you tend to survive attacks from these small sharks, but they take a “hockey puck-sized” chunk of you with them).

This entry was posted in Art, Biology and tagged Jaws, Sharks. Bookmark the permalink.